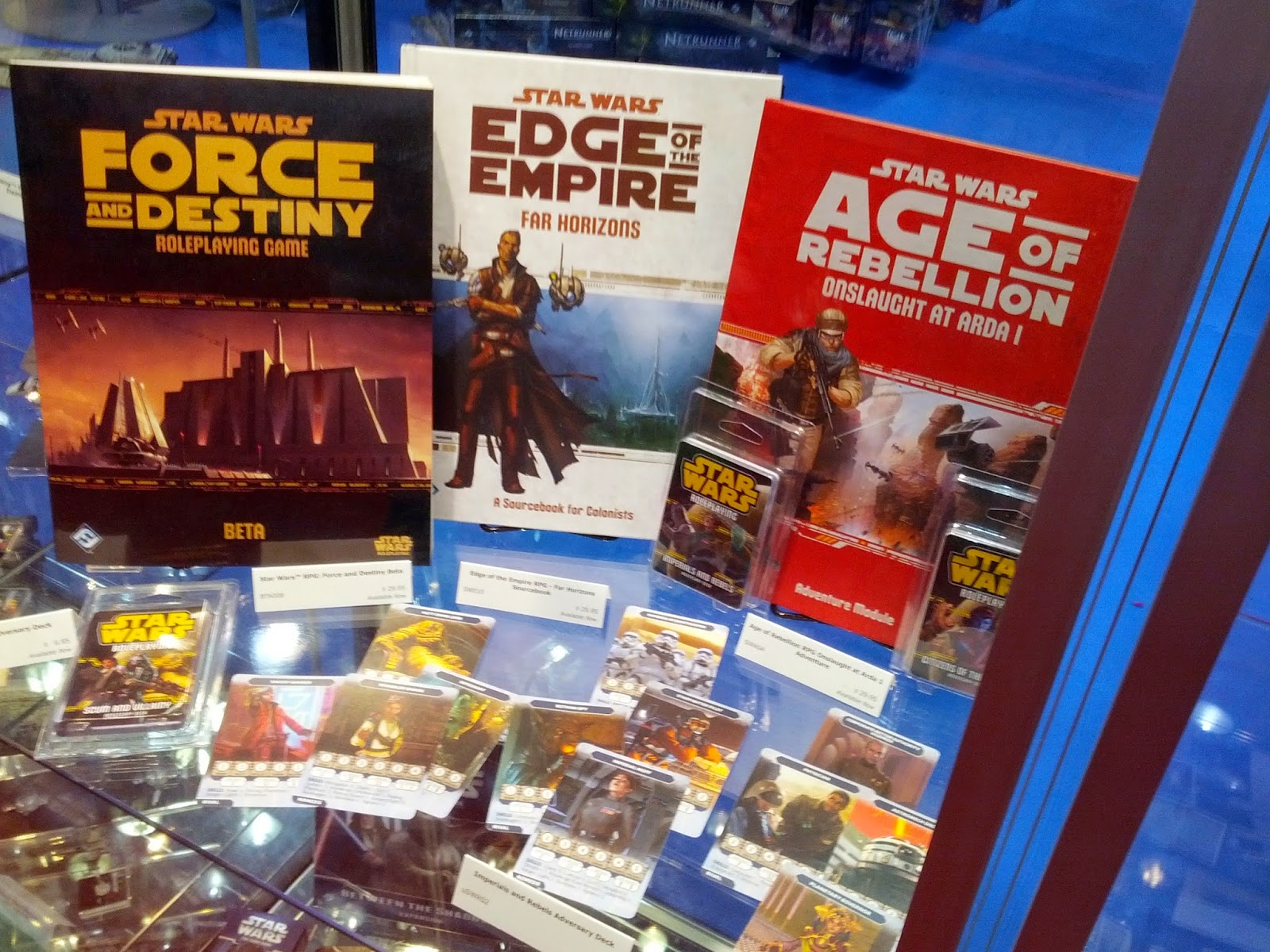 We here at Hopeless Games are long time Fantasy Flight Games fans. They always steal the show at Gencon, and a big part of that is their skill at saving up some big announcements and then pacing themselves in the lead up to Gencon and, most importantly, their Friday afternoon In-Flight Report seminar where they get to the nitty gritty and first announce something big, usually their biggest game of the year.

Two years ago we got the Edge of the Empire beta rules announcement, and notoriously, everyone in attendance at the seminar got a copy. Last year we got some new games, but they gave us a disclaimer right at the beginning of the seminar not to get our hopes up for free stuff, but at least we got the announcement of the Age of Rebellion beta being releases (the second of their three-game Star Wars RPG series that all share the same mechanics but emphasize different kinds of Star Wars stories).

Anyhow, in the lead up to this Gencon we got two big announcements. Both made me really excited at first word and then when I dug a bit deeper, sadly found out the games wouldn't be for me. Great for some, but not for me. Keep reading after the jump for more info and tons of photos!

First was the X-Com board game based on the recent reboot of the video game series, X-Com: Enemy Unknown. It focuses on the macro world-wide play versus the scenario, tactical level, which was strike number one. Strike number two (and three, and well, the whole ball game for this gamer) was that it requires an App to run the enemy AI in the board game. There's lot of reasons this could be a bad thing, and I don't want to dwell on them. Instead you get pictures of the game from FFG's booth, because it still looks like a neat game! 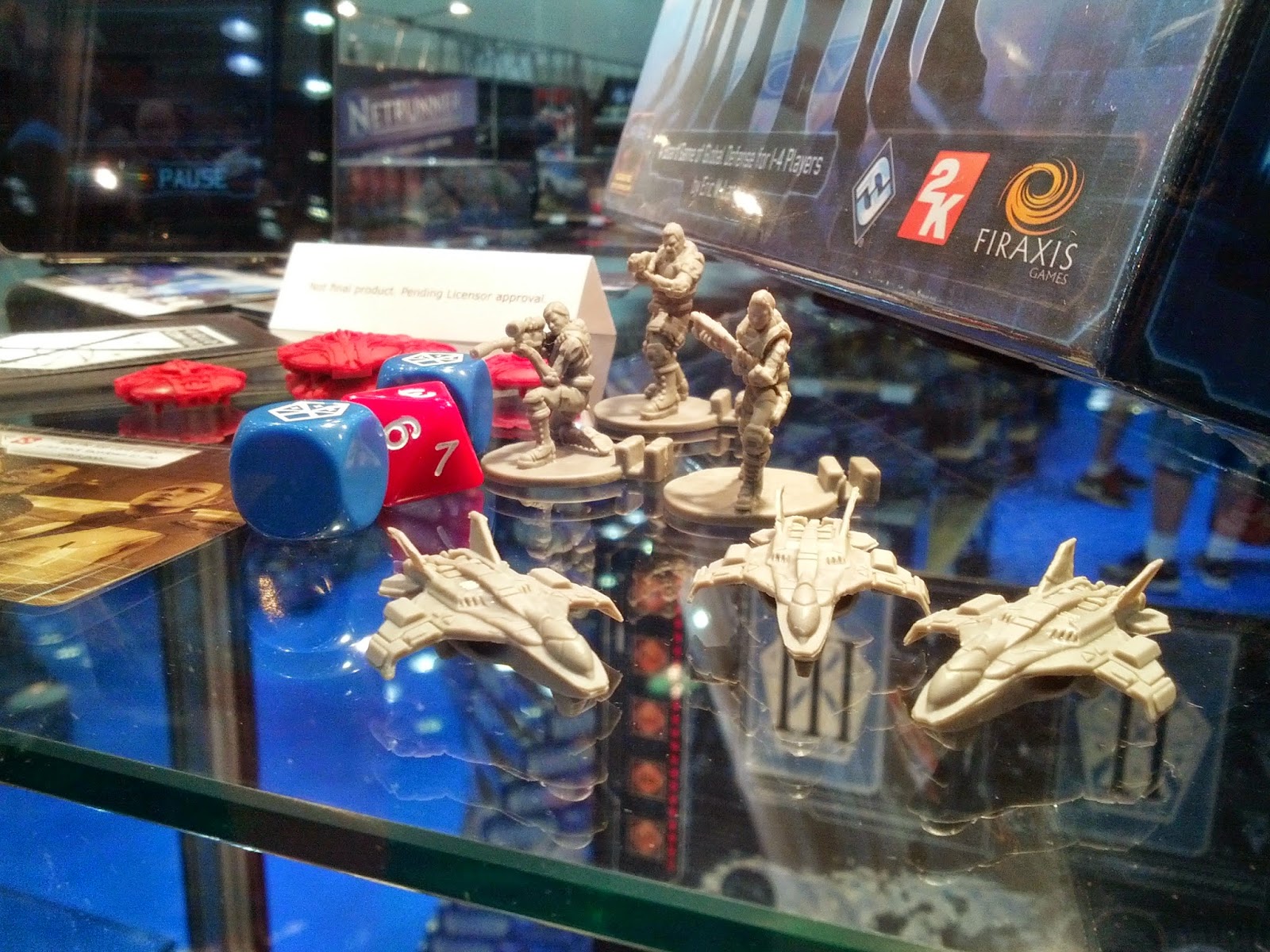 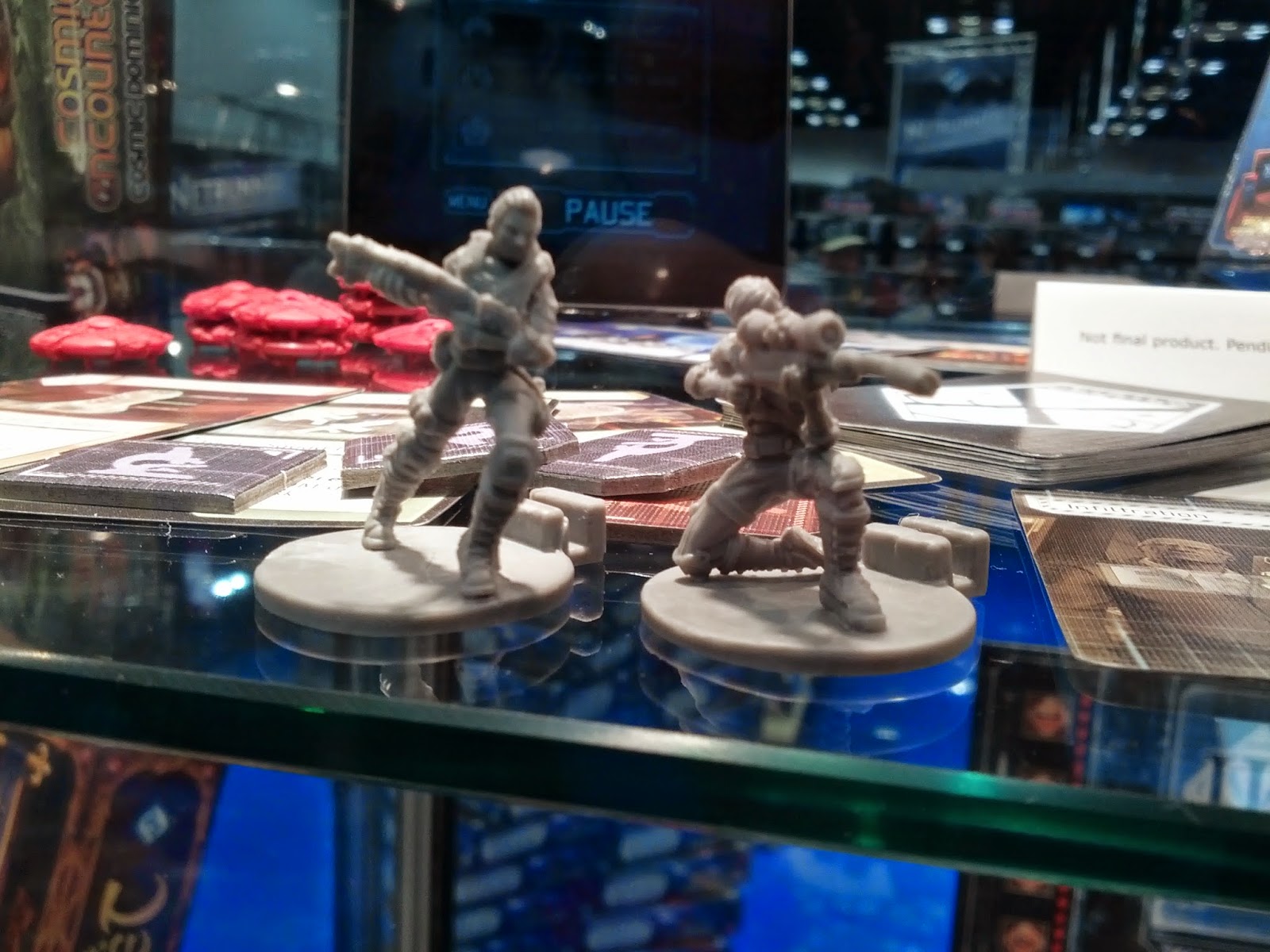 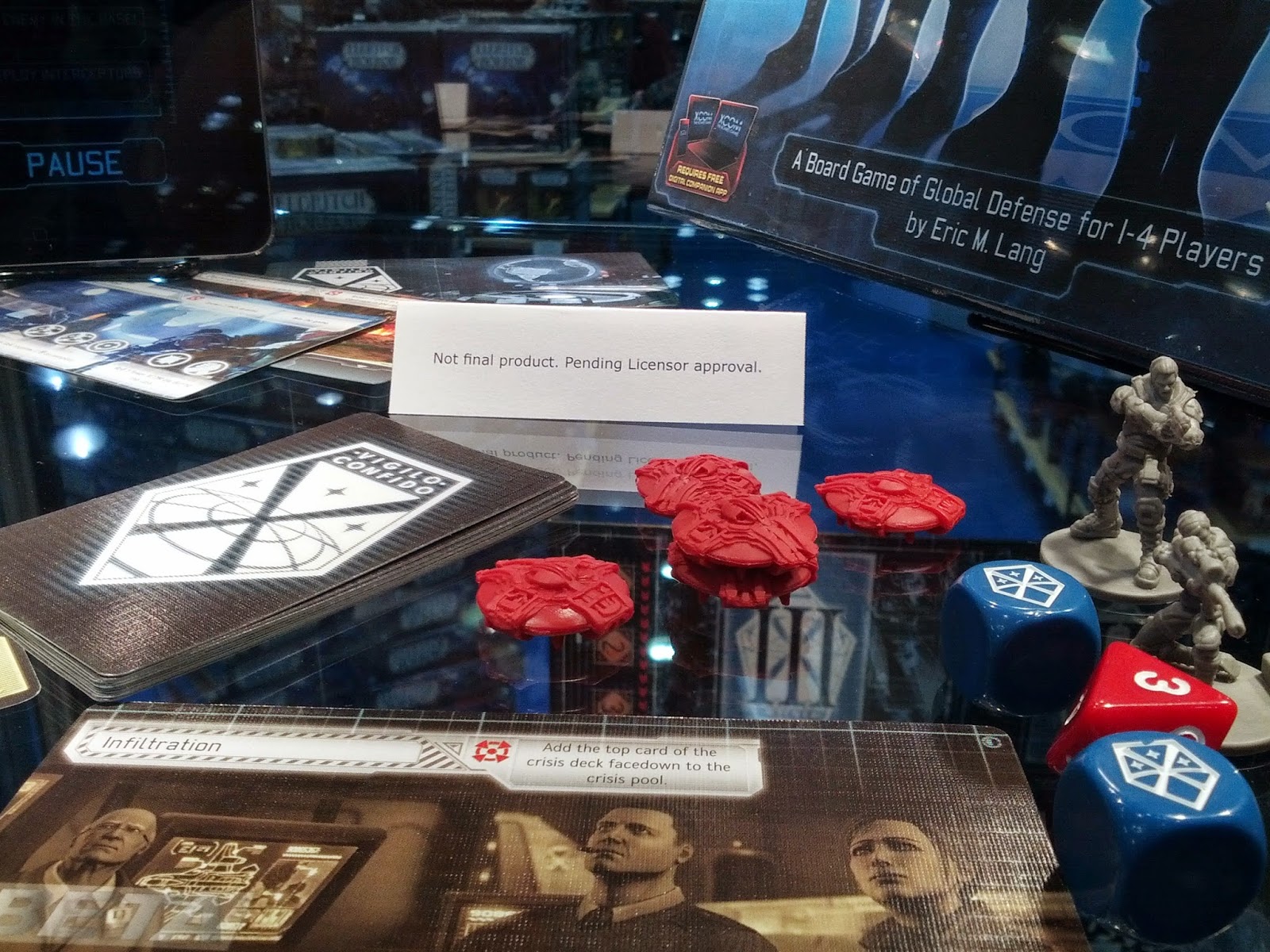 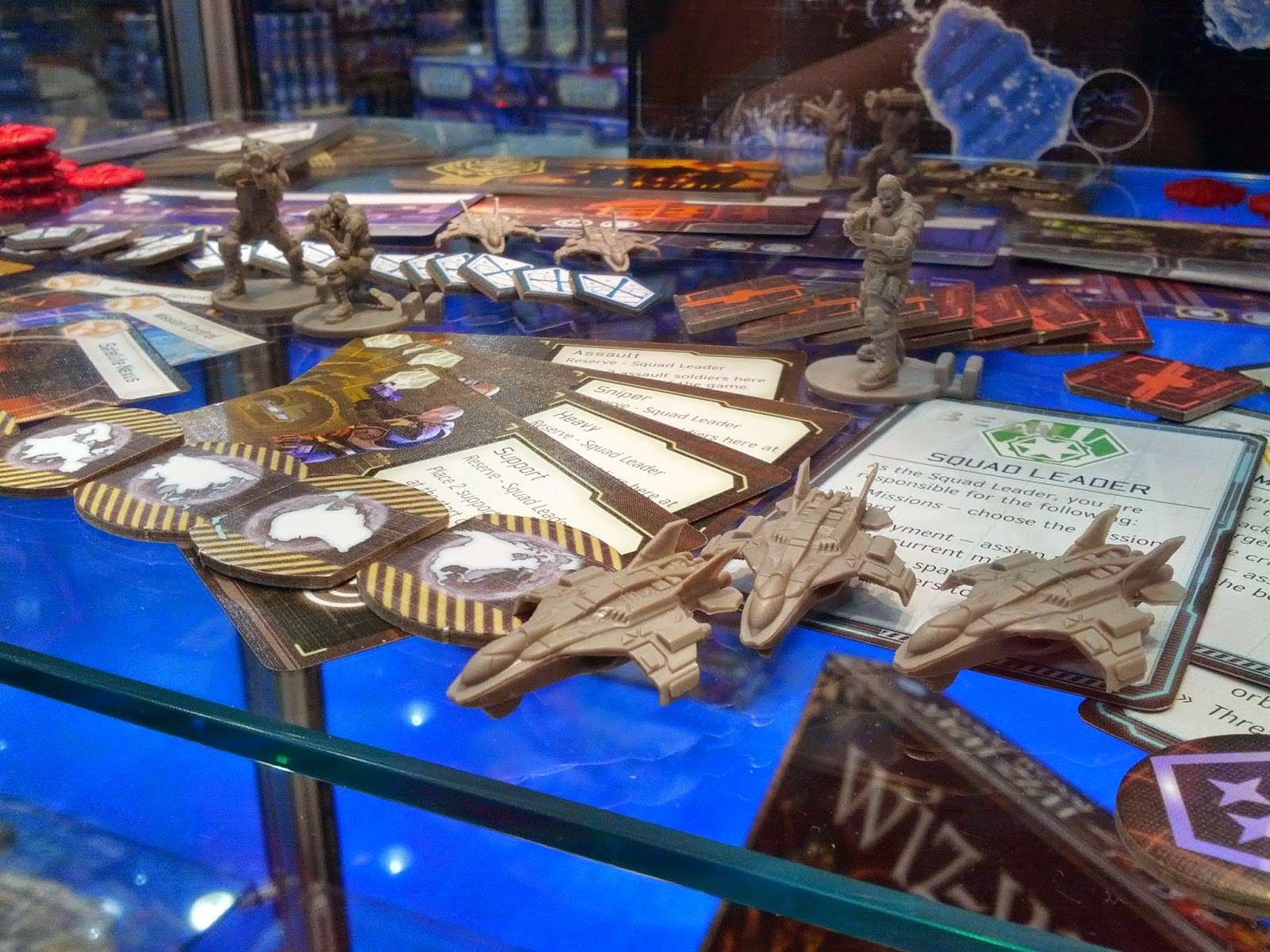 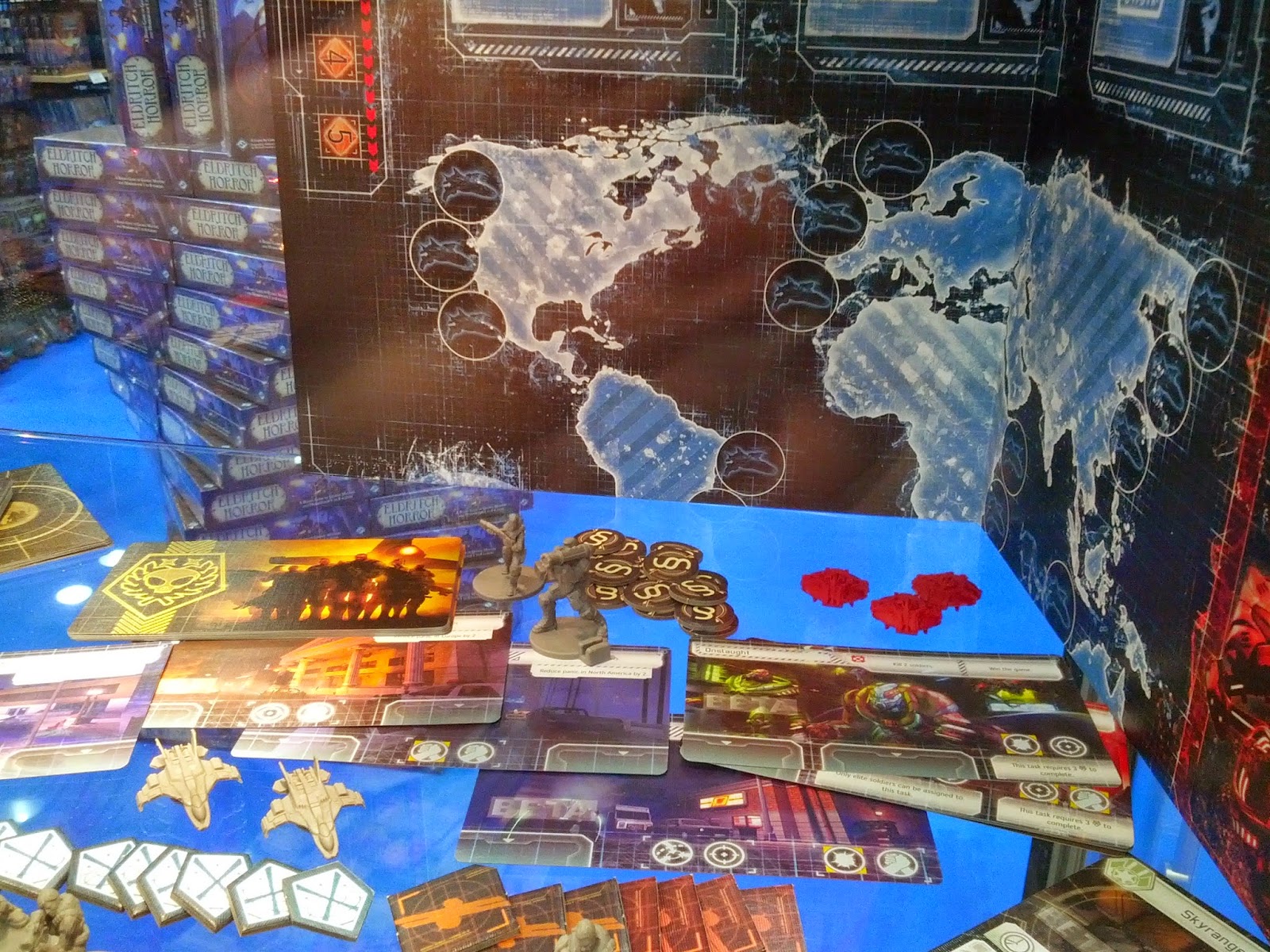 We also got an announcement for a game I dreamed of since I was a kid: Star Wars Armada. X-Wing has been the most successful money maker for FFG, and that's certainly saying something. Expand out and you control star destroyers and Mon Cal cruisers along with squads of Tie Fighters and X-Wings versus the dog fights of X-Wing miniature game.

Ender's Game was the first book that really did something for me and inspired my love of sci-fi still to this day. A game where I could control a fleet of huge ships in Star Wars? Sold! Then I got to the product page, and it starts at $100. That's just the starter, because you can be sure we're going to get a million expansion ships to buy. Too rich for my blood by far. Again, not a problem for everyone, but a serious let down. I was ready to drop $60 on the starter, but the game ended up being too rich for my blood. 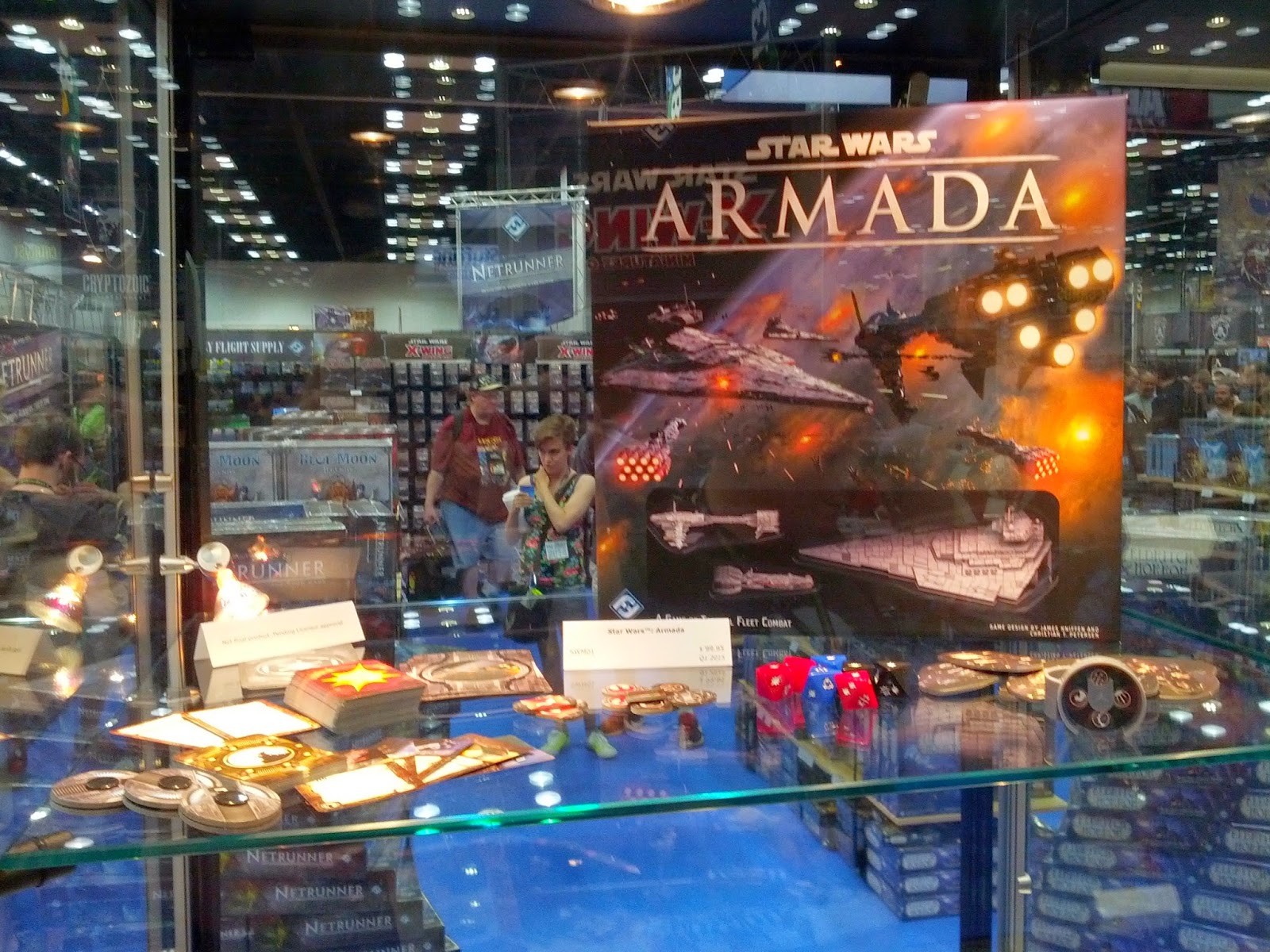 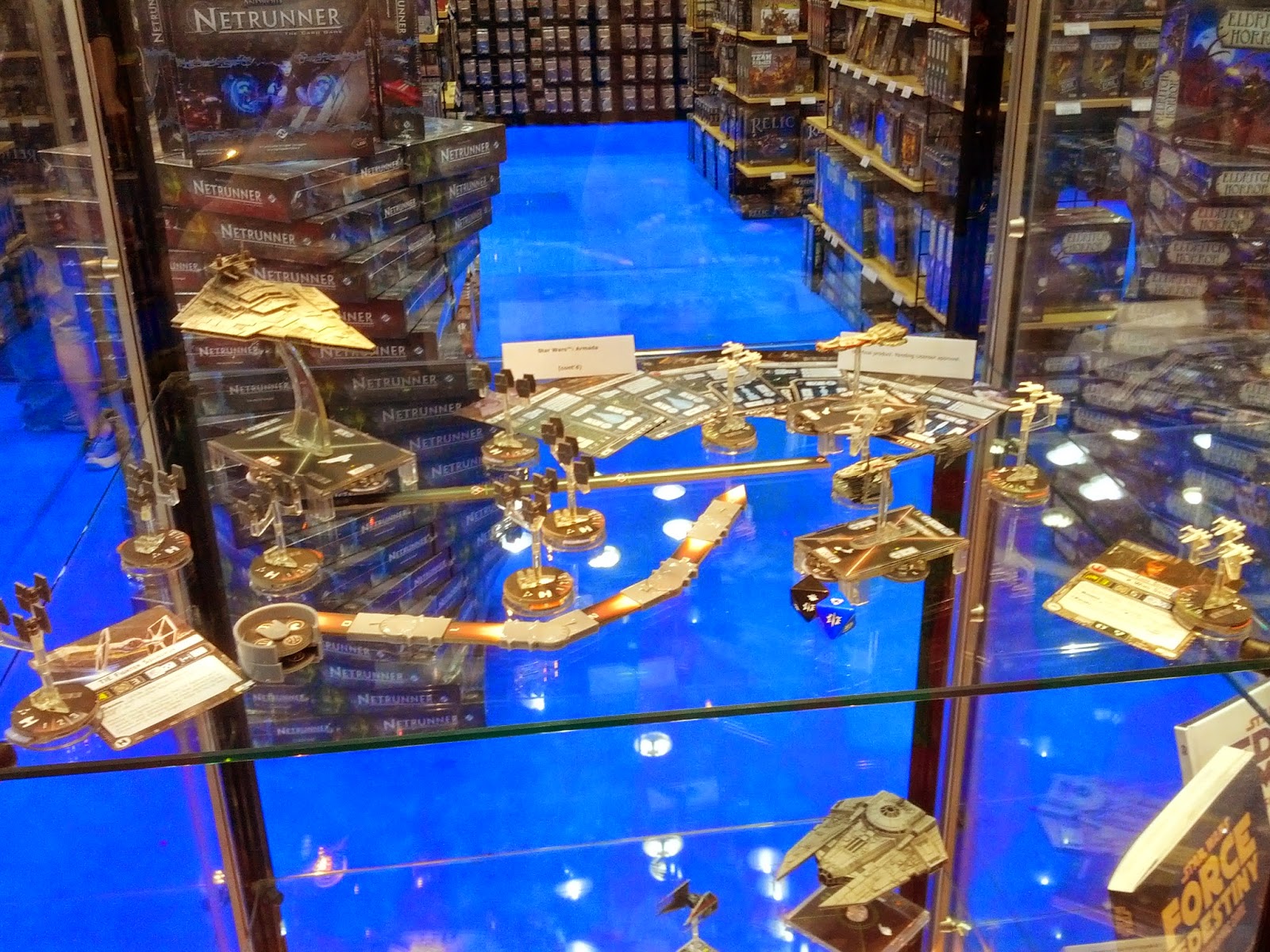 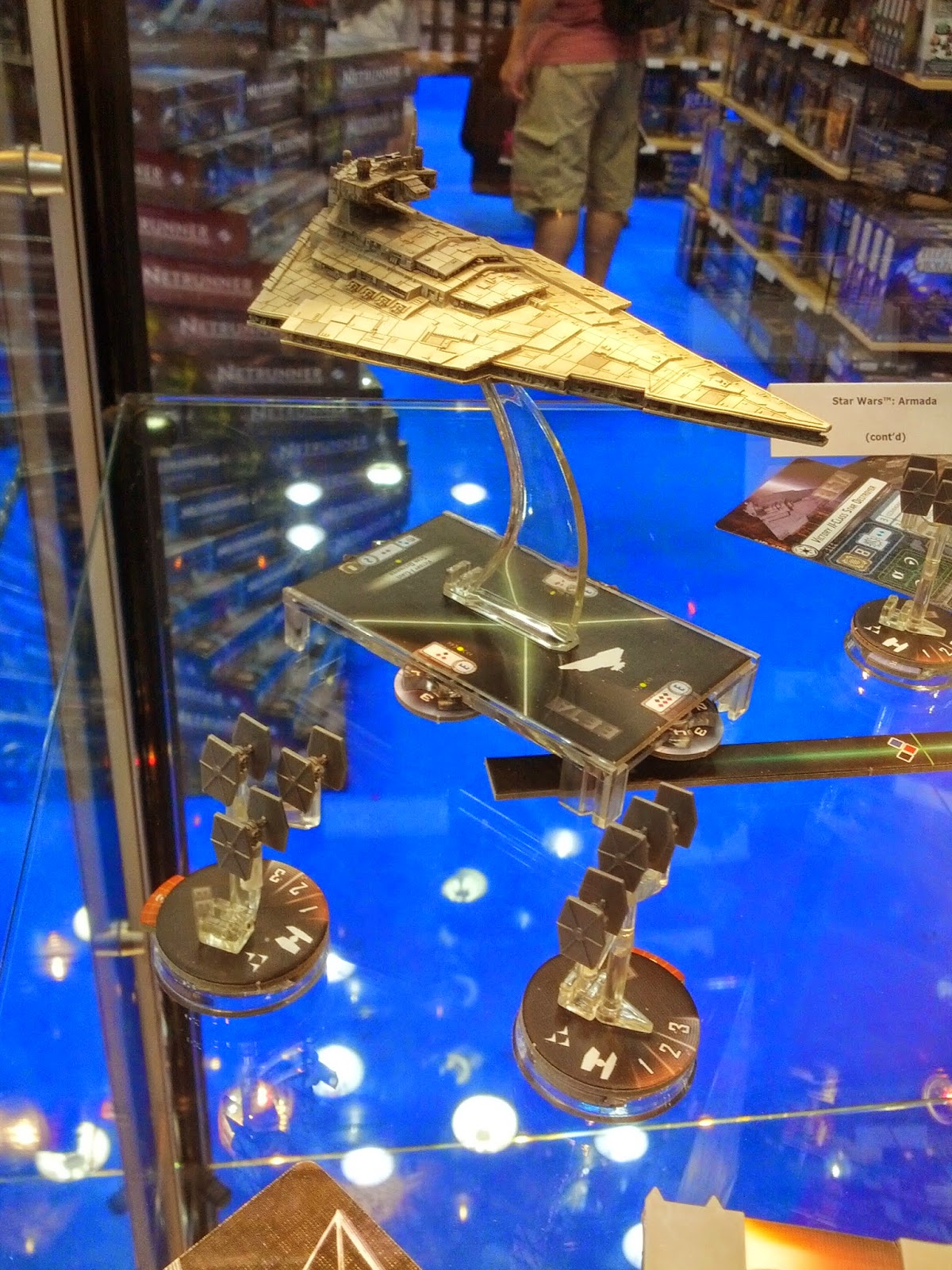 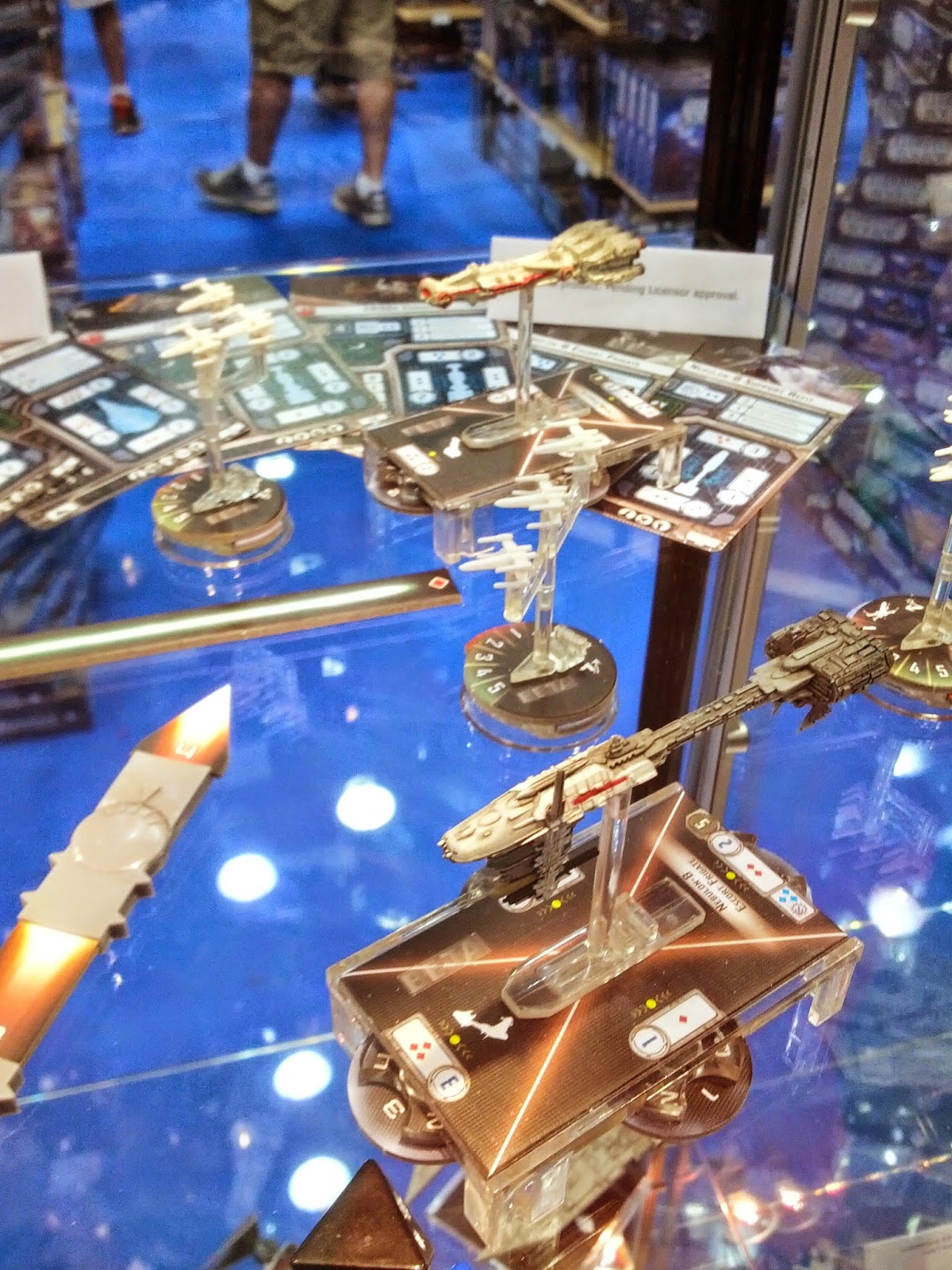 And finally, the big announcement during the Inf-Flight Report? Why it's Star Wars related of course! A part of me is still happy the FFG got the Star Wars license and that Star Wars is still getting tabletop games even though the license was dumped by Wizards of the Coast. The rest of me is sad that I can't afford any of the games.

Enter Star Wars: Imperial Assault where Star Wars meets Descent! Can't lose. Still, the $100 price tag for the basic box again has me crying in my Star Wars PJ's as I try to cry myself to sleep in my Star Wars sheets. Of course the license is expensive, and of course it's not getting any cheaper to produce high-end hobbyist board games like FFG does. I know this is reality, but it also prices a lot of games right out of the hands of a lot of board game and Star Wars fan alike. That's life, but it's still disappointing. For now, I'll just have to admire the pictures I took at the booth. 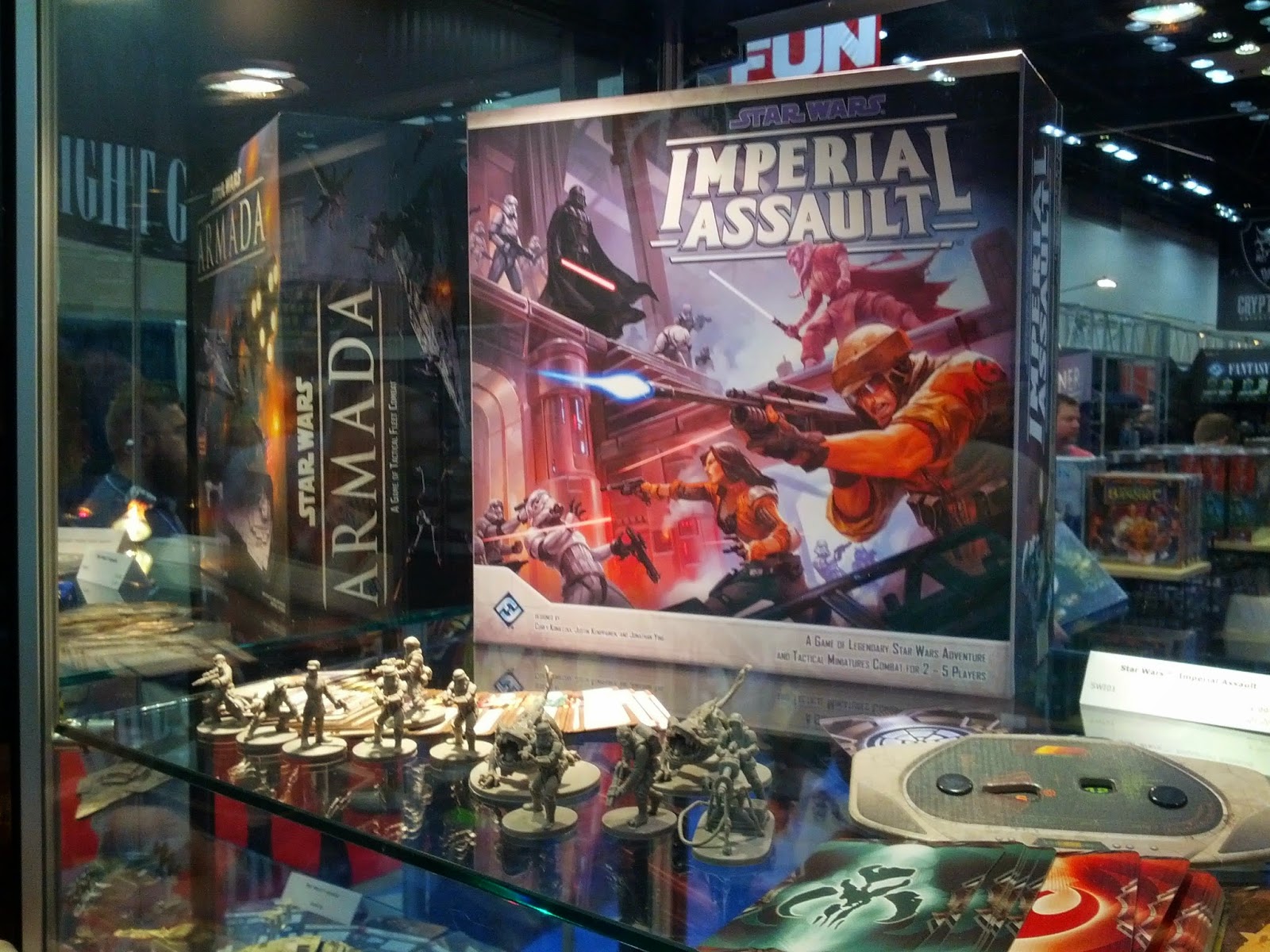 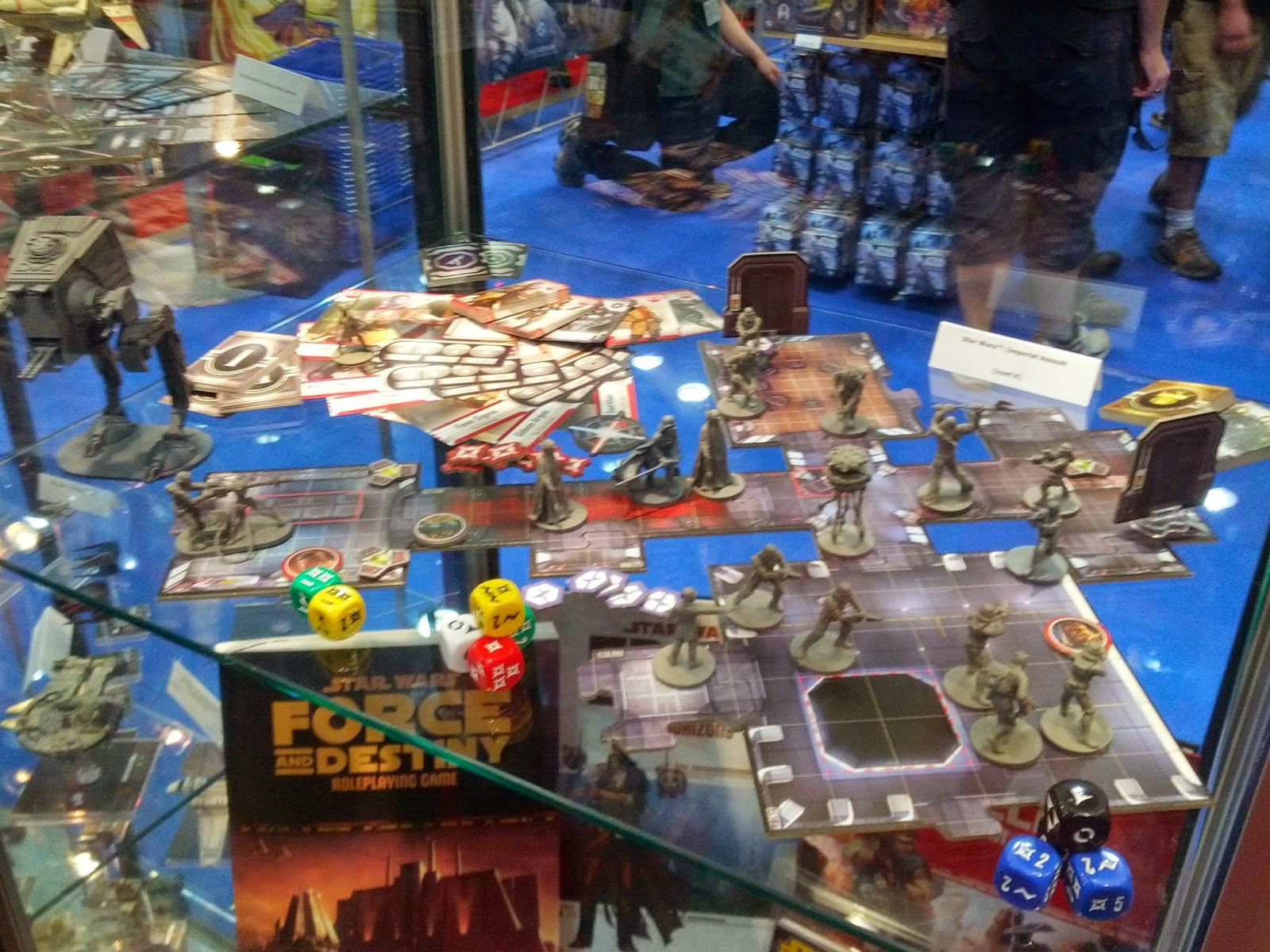 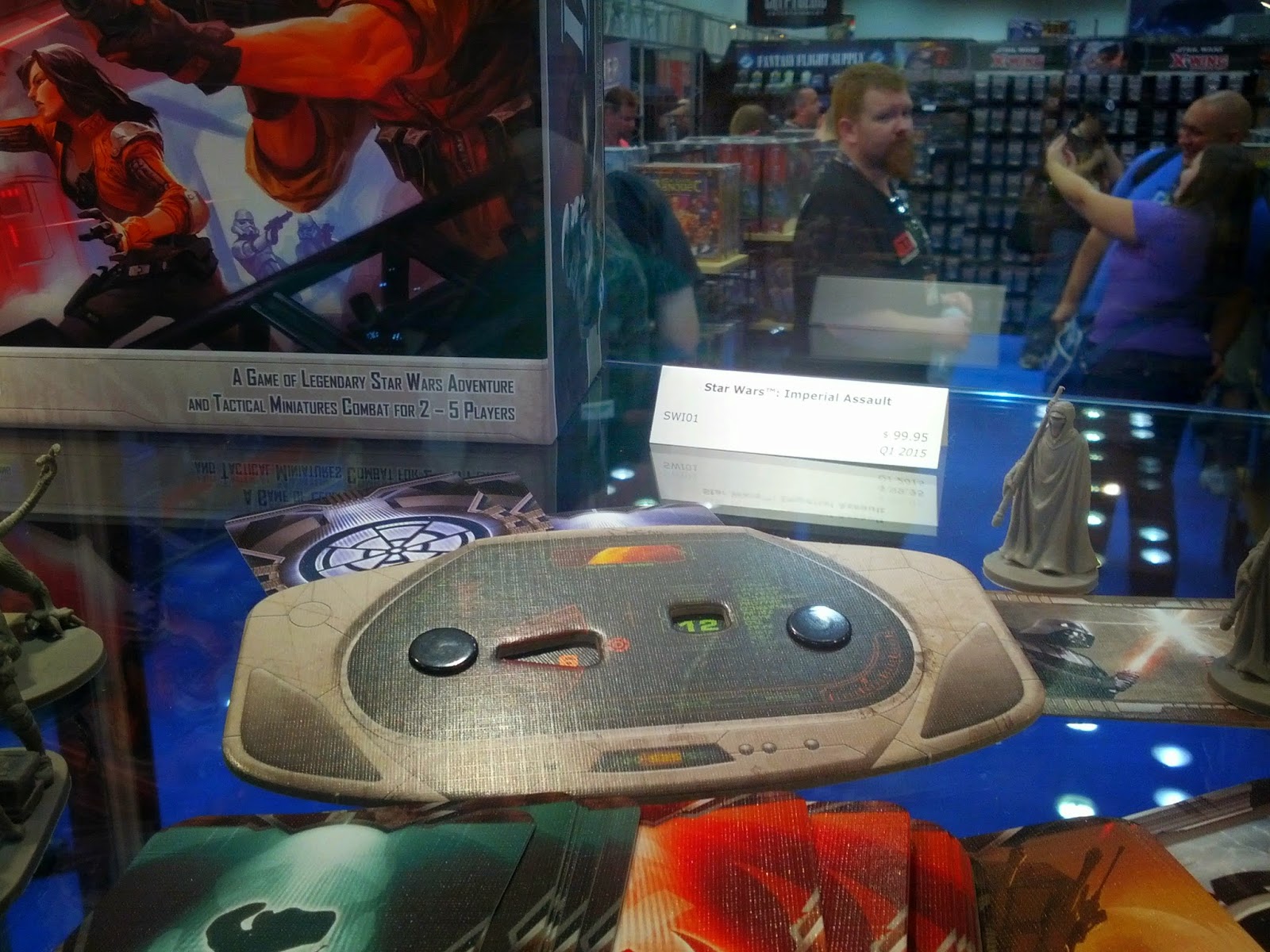 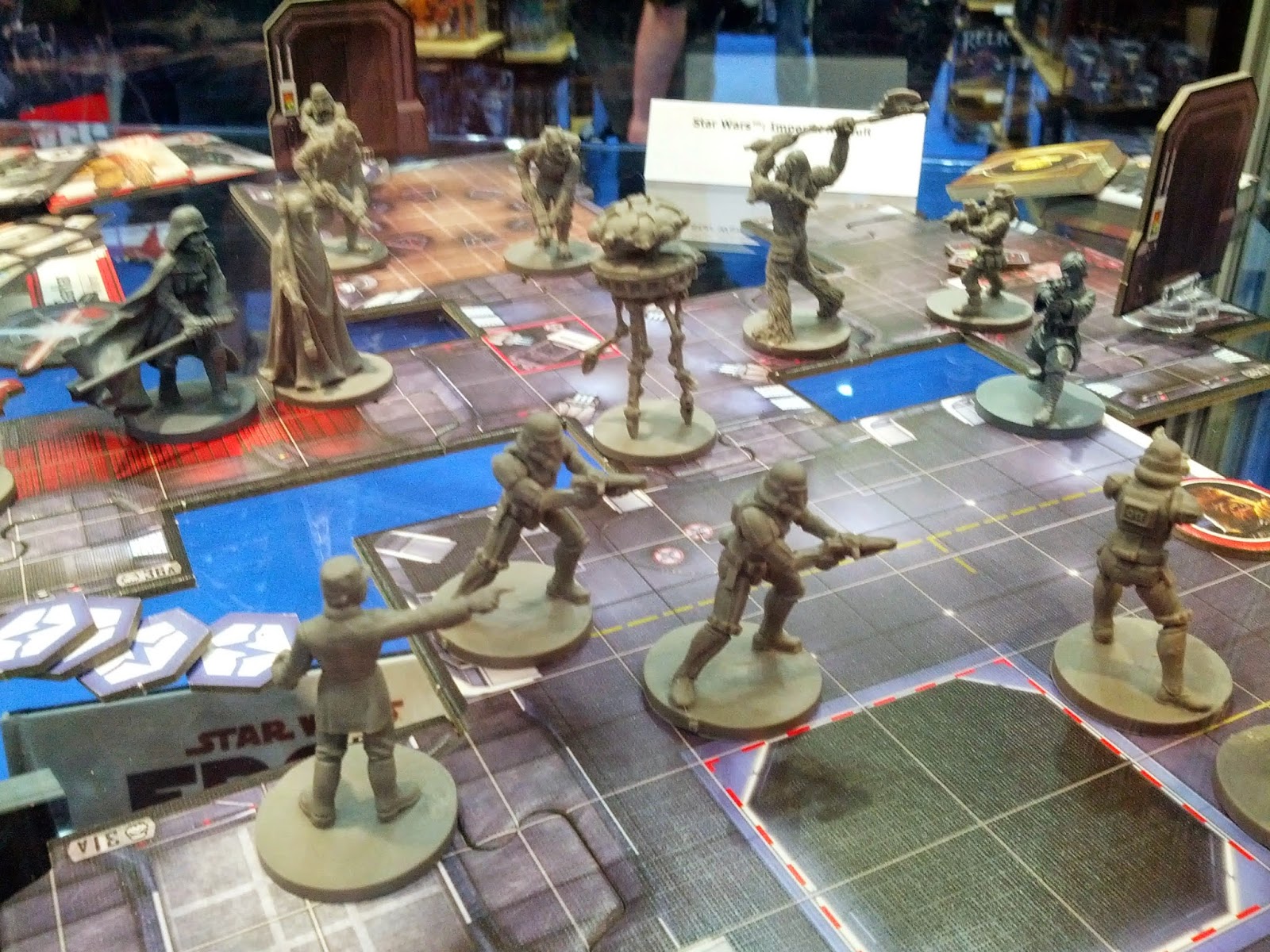 Posted by The Hopeless Gamer at 6:06 PM