We discovered Summoner Wars shortly after it was announced, and the game sold us immediately on the premise: a non-collectible, but expandable, card game that plays like a miniatures skirmish game. Sign us up! Throw in some very nice art with an original and fun style, and you've got a game that's got some legs.

Colby Dauch, designer of the game, agreed to let us ask him some questions that have been on our minds for a while. Thanks for your time Colby, and hopefully we're doing our part spreading the good word of Summoner Wars! (Find previous interviews in our 10 questions series here)

1. Are you suprised by the gaming community's reception of Summoner Wars? 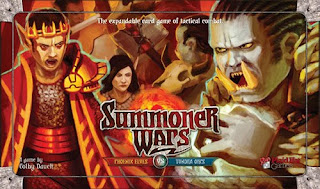 I like to think that Summoner Wars is something special. I don't think I would have gone through all of the effort and financial risk had I thought it to be mediocre. I imagine it is the same for all fledgling game companies/game designers. We believe in our projects so we go after them believing that they will be well received by others.
2. So far there are 6 factions in the game, any idea how many and what type of future factions we may see?

Jungle Elves and Cloaks (Human Rogues) are up next as far as faction go. Total I have developed at this time is around 15. Whether or not I bring all of those out is to be determined by demand. I don't think I'll go beyond 15. I think I'll cycle back and continue to flesh those 15 out rather than continue into more and more new factions, but I won't say never.
3. You recently had a fan design contest where a number of fan designs will be added to the game in a future expansion. Any idea when we will be seeing those and/or any future contests planned? 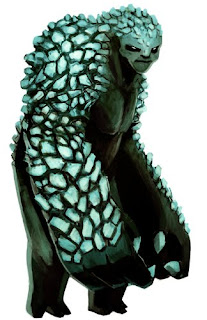 4. Anything big planned for the remaining summer cons this year?


GenCon is the only Summer Con left that I am going to. I will have some never before seen art on display and I will have the Vanguard, Fallen Kingdom, and Premium Board available there. We've also got tournaments going on there if you want to be a part. I myself will be joining in on the team tourney.

5. I am looking forward to the release of the premium game boards (seen below); any plans for premium walls or wound counters? 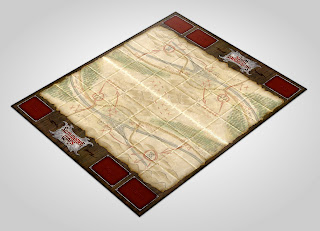 Not as of right now. But I've always said anything is possible for the future. It is all about demand. If the game is big enough that there is a big enough demand for some of this fringe stuff I'm always up for looking into doing it.

6. A lot of game companies have volunteers that demo the games and other types of support such as league play or custom scenarios, any plans for similar support with Summoner Wars? (If not, how can fans convince you otherwise?)

I really really want to get something like this going. It is definitely on my list of things to organize. A team of demo and tournament guys would be really great. Look out for news on this at plaidhatgames.com

7. I really like that you named your promo Khan Queso. Any other promos or pun oriented cards out there? Any story behind naming the card Khan Queso? 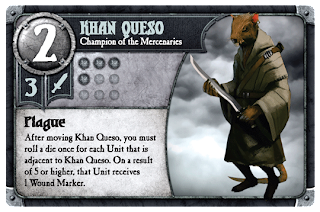 I don't think I'll be doing any more Puns. I'm not really sure why I did this one. I originally named him Con Queso when I put him up for my playtesters and they seemed to enjoy it, one of them suggesting I go with Khan Queso instead, and so the name just kind of stuck to him.

8. How long, on average, has it taken to playtest each set/faction?

I really couldn't say. We don't test them one at a time, there is usually more than one thing on the table at a time going through testing. I've spent a couple years developing stuff and slowly putting it through its paces ironing out wrinkles, but then when a new wave of expansion packs is about to go to print we'll spend a couple months concentrating on just those, trying to make them the best they can be.

Does Plaid Hat Games have any plans for games other than Summoner Wars? 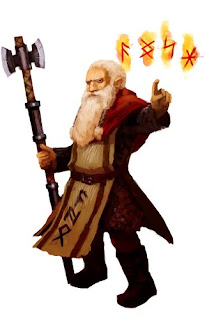 Any advice for potential game designer's?

This is a tough one. I think there are a lot of people who play games that have some kind of idea(s) for a game(s) kicking around in their heads. Instead of giving advice I'll ask three questions of any potential game designers out there. 1. Do you know that you know that you know that you have something special? 2. How hard are you willing to work, how much are you willing to sacrifice, to get it out there? 3. What are you going to do right now to take your idea from an idea to a prototype, or to go back and refine your prototype until it shines like glass, or put your very-well polished prototype into the hands of as many companies as are willing to look at it, no matter how hard it is to get them to even have a look? I struck out on my own and invested money into starting a game company, but that is what I knew I wanted to do and I had some industry knowledge and industry connections from previous freelance work. I wouldn't necessarily suggest self-publishing as the best route unless you really know that is what you want to do and you think you know or can find out how to do what it takes to get started and to do well. I'm sure there are resources out there somewhere put on by someone if you are determined enough to find them. Only you can decide what your path is going to be and how far down it you are willing to walk. 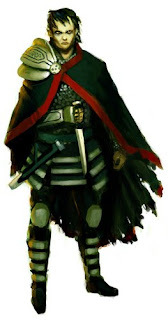 Thanks again to Colby for taking the time to answer our questions. Check out more about Summoner Wars and Plaid Hat Games here.
Posted by Chuck at 6:50 PM

Email ThisBlogThis!Share to TwitterShare to FacebookShare to Pinterest
Labels: 10 Questions, All Things Gencon, Board Game